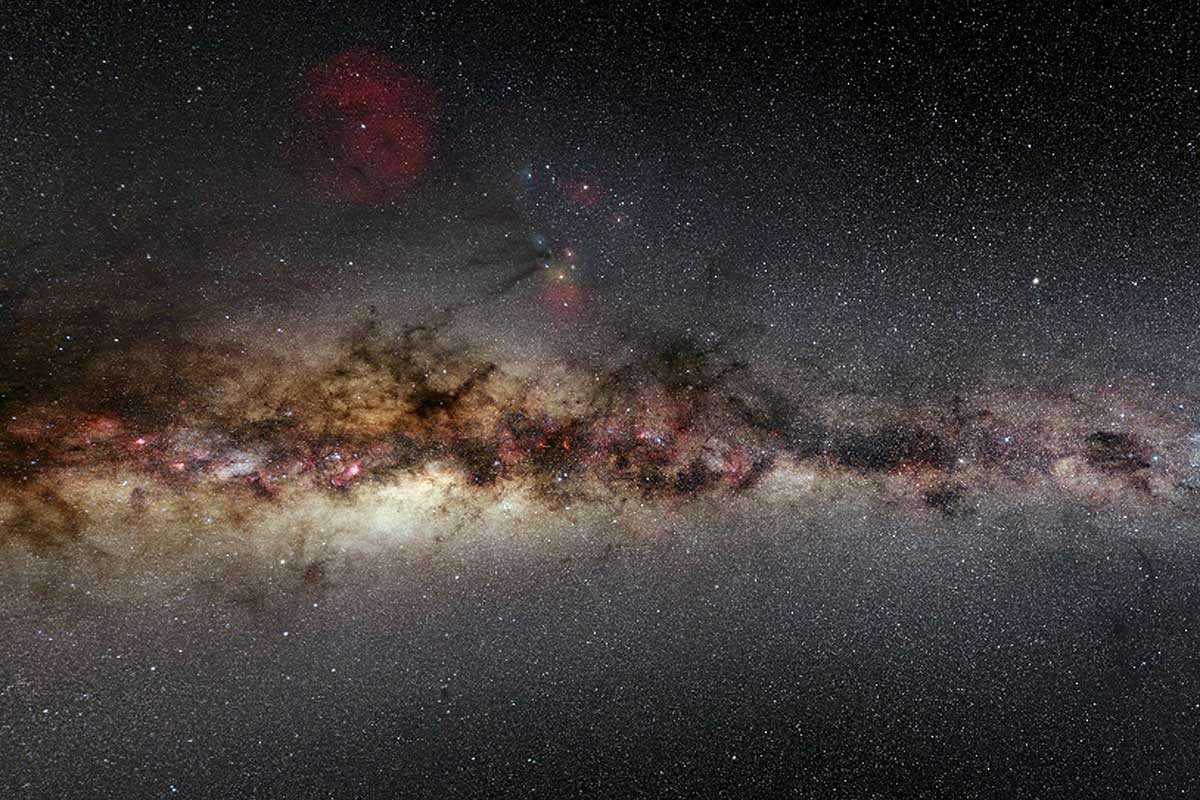 The galaxy’s empire has a new colony. Astronomers have detected a dwarf galaxy orbiting the Milky Way whose span stretches farther than nearly all other Milky Way satellites. It may belong to a small group of galaxies that is falling into our own.

Giant galaxies like the Milky Way grew large when smaller galaxies merged, according to simulations. The simulations also suggest that whole groups of galaxies can fall into a single giant at the same time. The best examples in our cosmic neighbourhood are the Large and Small Magellanic Clouds, the Milky Way’s two brightest satellites, which probably orbit each other.

About four dozen known galaxies orbit our own. The largest in terms of breadth is the Sagittarius dwarf, discovered in 1994 – but it’s big only because our galaxy’s gravity is ripping it apart. The next two largest are the Magellanic Clouds.

Now, Gabriel Torrealba at the University of Cambridge and his colleagues have found a new galaxy about 380,000 light years away in the constellation Crater. “It’s the fourth largest satellite of the Milky Way,” Torrealba says.

Named the Crater 2 dwarf, the new galaxy is not apparent to human eyes, though individual stars within the galaxy are visible. The team were only able to find it this January by using a computer to look for over-densities of stars in data from images taken by a telescope in Chile.

How do you measure a galaxy?

Most galaxies don’t have defined edges, so astronomers sometimes express a galaxy’s size in terms of its “half-light diameter”, which encloses the brightest part of the galaxy and emits half of its light. The Crater 2 dwarf has a half-light diameter of 7000 light years – which, if we could see it, would look twice as big as the full moon.

Josh Simon, an astronomer at the Carnegie Observatories in Pasadena, California, says the galaxy is notable because it is brighter than nearly all of the many galaxies found orbiting the Milky Way during the past decade. It emits 160,000 times more light than the sun.

The galaxy eluded detection for so long because its stars are spread out from one another, giving it a ghostly appearance.

Torrealba says it may not be alone. The Crater 2 dwarf is near four other new-found objects: the Crater globular star cluster as well as three dwarf galaxies in Leo. All may be part of a group that is just now falling into the Milky Way.

Until now, though, the new galaxy has led a quiet life, never venturing near a giant galaxy. We know this because the galaxy is round. If it had encountered a giant, gravity would have bent the dwarf out of shape.