anadian Woman Arrested in Germany for Questioning Holocaust in Video 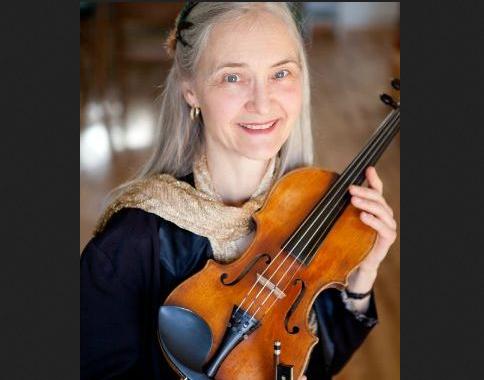 B’nai Brith Canada reports that Monika Schaefer, a woman from Alberta, Canada, was arrested in Germany, a country that forbids questioning the Holocaust.  She could be facing a 5-year prison term.  The Jewish group, B’nai Brith, filed complaints with German officials against Schaefer because she committed “anti-Semitic incitement.”  This was because Schaefer had made a video in 2016 entitled Sorry Mom, I Was Wrong about the Holocaust, that went viral with 160,000 views. In the video (see below), she says she regrets reproaching her German mother for not doing something to stop the death camps.

Later, however,  as she expressed it, she learned that the Holocaust was the “biggest and most pernicious and persistent lie in all of history.”  She said that the detention camps definitely existed but live prisoners were needed, not dead, so that they could work in the factories to produce for the war effort.  She says the only gas used in the camps was to kill disease-carrying lice on clothing.  For this, she was imprisoned.  [After all the powerful literature and imagery that has out-poured about Nazi Death Camps, it is hard to even consider that the information might not be totally accurate. Devotion to accuracy, however, is not what fires the passion in this debate.

There is no significant event in history that has not spawned disagreement among serious historians about whose account is accurate. Consider the vastly different accounts of the American Revolution – one found in American history books and the other in British history books. The War Between the States is another example. Northern writers describe it as a struggle against slavery and to preserve the Union. Those in the South describe it as a struggle against economic plunder by the industrial North and an assault against state sovereignty.  Everyone knows that history is written by the winners.  The point, however, is that even the winners have never gone so far as to throw people in prison for challenging the official narrative. So why is Monika Schaefer being thrown into prison in Germany for expressing an opinion in Canada that is contrary to the German official narrative about the Holocaust? Is the issue really about which narrative is correct? Or is there more to it than that? Let us know your thoughts on this issue – but please understand that we will not accept any commentary that finds this as an excuse to excoriate ‘The Jews’ or ‘The Germans’.

It is the view of the Publisher of Need to Know that groups do not exist except as mathematical abstractions. Only individuals exist, and, therefore, only individuals are responsible for actions. However, individuals act in accordance with their beliefs, which means that, in the final analysis, beliefs are the most important of all because they continue from one generation to another, while individuals come and go. Can this conflict between freedom-of-thought and the German lawmakers be explained in terms of beliefs? If so, what are those beliefs?] -GEG

A Jasper, Alta. woman, infamous for denying the existence of the Holocaust, has been arrested in Germany, according to B’nai Brith Canada.

The Canadian-based Jewish rights advocacy group said it is awaiting further details on why Schaefer was arrested. It praised German authorities.

B’nai Brith officials said the group had filed complaints against Schaefer with German officials because of her “anti-Semitic incitement.”

Holocaust denial is a criminal offence in Germany. Under Germany’s Incitement to Hatred laws, those found guilty of denying the Holocaust could face a maximum of five years in prison.

“We will continue to work, even across borders, to ensure that racism and bigotry find no haven in Canada.”

CBC News has spoken with Munich police but has been unable to corroborate reports of Schaefer’s arrest, or what charges may be involved.

Schaefer was reportedly arrested during a recess in the trial of Sylvia Stolz, a lawyer on trial for Holocaust denial, according to a post on the right wing German blog deutsches-Maedchen.com.

The Friends of Simon Wiesenthal Center said it confirmed through the Bavarian State Police that Schaefer had been arrested on charges related to Holocaust denial.

The Toronto-based, non-profit human rights organization, which is committed to countering racism and anti-Semitism, commended German police for the arrest.

“Holocaust denial and revisionism continue to prevail across social media platforms in Canada and across the globe,” Avi Benlolo, chief executive of the centre, said in an emailed statement.

“Such perversion of the truth must be confronted through the use of the deterrent tools available under the law, as well as through education.”

Schaefer gained notoriety in July 2016 after publishing a video on YouTube in which she described the Holocaust as the “biggest and most pernicious and persistent lie in all of history.”