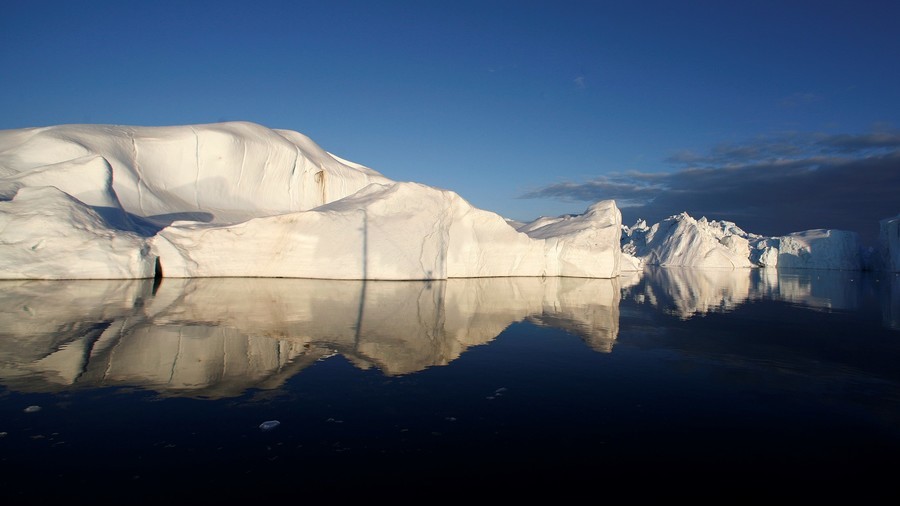 Icebergs near Ilulissat in Greenland. / Reuters
New research shows our ocean floors are sinking under rising water levels across the globe. A team of scientists says the impact of warming seas has been underestimated and melting glaciers are putting severe pressure on capacity.

Redistribution of water, once stored in ice sheets, is causing sea levels to rise. Researchers have now found the change is also having another affect – the ocean floor is subsiding under the increasing weight of the added water, according to a new study, published in the Geophysical Research Letters.

Led by Thomas Frederikse, of the Delft University of Technology in the Netherlands, the study explores the impact of what is known as elastic deformation.

“Due to changes in the land ice mass balance and land hydrology, the oceans have gained mass over the past decades, which results in an increase in the total load on the ocean bottom,” the study states.

“Under this increasing load, the ocean floor will subside due to elastic deformation.”

The researchers looked at data collected between 1993-2014 and found the ocean floor is sinking about 0.004 inches per year. They’re warning previous studies have not taken the effect into account, which means sea level increases have been miscalculated by as much as 8 percent.

“Over 1993-2014, the resulting globally averaged geocentric sea level change is 8% smaller than the barystatic contribution.Over the altimetry domain, the difference is about 5%, and due to this effect, barystatic sea level rise will be underestimated by more than 0.1mm/yr over 1993-2014,” the study concludes.