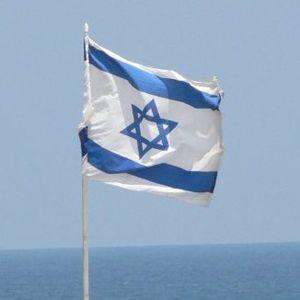 This weekend, a report revealing that African women immigrating to Israelwere subjected to mandatory contraceptive injections, effectively amounting to forced (if temporary) sterilization made global headlines.

Some 130,000 Ethiopians, most of them Jewish, live in Israel. The community experiences higher poverty and unemployment rates than the rest of the  country’s Jewish population.  In the past decade, the birth rate among Ethiopian-Israelis has declined by at least 20 percent.  Advocacy groups now claim this decline is the result of a birth control regimen forced upon Ethiopian immigrant women.

According to an article in Haaretz, an Israeli news source, one Ethiopian immigrant said that the doctors who injected her claimed that “people who frequently give birth suffer.” While it is possible, if highly unlikely, that doctors genuinely had the women’s health in mind when they forcibly injected them with contraceptives, there is no excuse for depriving women sovereignty over their own reproductive choices.

Israel has acknowledged the issue (without admitting any wrongdoing) and has vowed institutional changes in healthcare for immigrants. By decree of Israel’s health minister, gynecologists have been ordered „not to renew prescriptions for Depo-Provera for women of Ethiopian origin if for any reason there is concern that they might not understand the ramifications of the treatment.” Still, intense scrutiny should be applied by women’s groups and international organizations to make sure these changes are implemented in full. Moreover, more attention must be paid to the plight of vulnerable African immigrants around the world.

That Israel should allegedly engage in this activity is particularly shocking, considering the practice was widely used by the Germans throughout the Shoah. While the scale and effects of these operations cannot be compared, Israel’s implicit intent to limit ‘burdensome’ (read: undesirable) portions of the population recalls the dark eugenics experiments of World War II.

Immigration, legal and otherwise, is a difficult and invariably sticky issue for developed nations. Israel, like the United States, has struggled to find a way to secure its borders and its population while dealing with a constant stream of immigrants from neighboring countries and, increasingly, the African continent. While admitting the difficult security issues that Israel faces, the international community must loudly and unanimously rebuke the systematic violations of human rights inflicted on women immigrants of African origin.

From a sociological perspective, this incident shows the strain between Israel’s religious heritage and its modern political agenda. “Behold, the heritage of the Lord is sons, the reward is the fruit of the innards. Like arrows in the hand of a mighty man, so are the sons of one’s youth.  Praiseworthy is the man who has filled his quiver with them,” the Torah proclaims. The involuntary sterilization of African immigrants suggests that the Jewish moral code (inextricably connected with Israel’s domestic legal codes) can be selectively applied to those with ‘desirable’ backgrounds. It is hard, indeed almost impossible to believe that an American Jewish woman immigrating to Israel would be forced to take birth control.