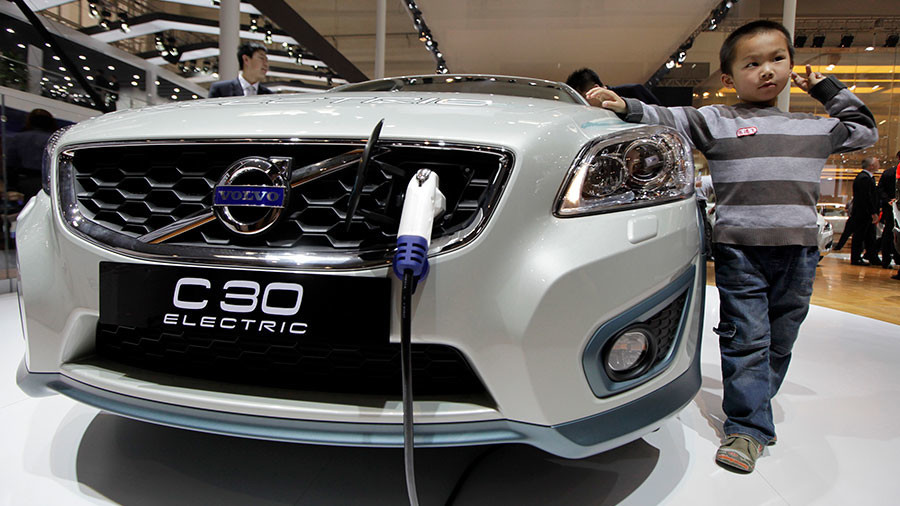 Swedish car maker Volvo says its vehicles built in China might actually be superior in quality to those it makes in Europe.

In an interview with Australia’s Go Auto, Volvo’s senior vice-president of design, Robin Page, admitted that some were concerned about the automaker’s decision to build many of its vehicles in China.

“What we’re finding is that the quality of the cars is actually better in China than in Europe. Everyone was worried about quality, but as soon as they [the Chinese – Ed.] started the quality was even higher than in Europe,” Page said.

France to end sales of petrol and diesel cars by 2040 https://t.co/4dL00n2dqe pic.twitter.com/L2O2squ6yR

He attributed the difference to the greater automation in manufacturing at European factories. Chinese factories produce such high-quality vehicles because they rely less on automation and have tighter tolerances, the official explained.

“To be honest with you, if you talk to the (European) manufacturing guys, they’ve put so much automation into the system, you haven’t got that manual adjust. They’ve [Chinese factories –Ed.] got more people on it, less automation, which actually gives you that ability to get tighter on the tolerances … and make finer adjustments.

“It’s not a massive difference, but if you do scores-to-scores and averages, China’s pretty damn good, so we’re not so worried about that now,” said Page.

Volvo started exporting Chinese-built vehicles around the world four years ago. First, it began sending the long-wheelbase version of the previous-generation S60 to the United States. The company has also shifted production of its range-topping S90 sedan from Sweden to China at the end of 2016.

The automaker plans to build various electric Volvos and Lynk & Co models in China, and export them to foreign markets.