Peace is a cliché: When the West cannot control the world unopposed it means war

Andre Vltchek is a philosopher, novelist, filmmaker and investigative journalist. He has covered wars and conflicts in dozens of countries. Three of his latest books are revolutionary novel “Aurora” and two bestselling works of political non-fiction: “Exposing Lies Of The Empire” and “Fighting Against Western Imperialism”. View his other books here. Andre is making films for teleSUR and Al-Mayadeen. After having lived in Latin America, Africa and Oceania, Vltchek presently resides in East Asia and the Middle East, and continues to work around the world. He can be reached through his website and his Twitter. 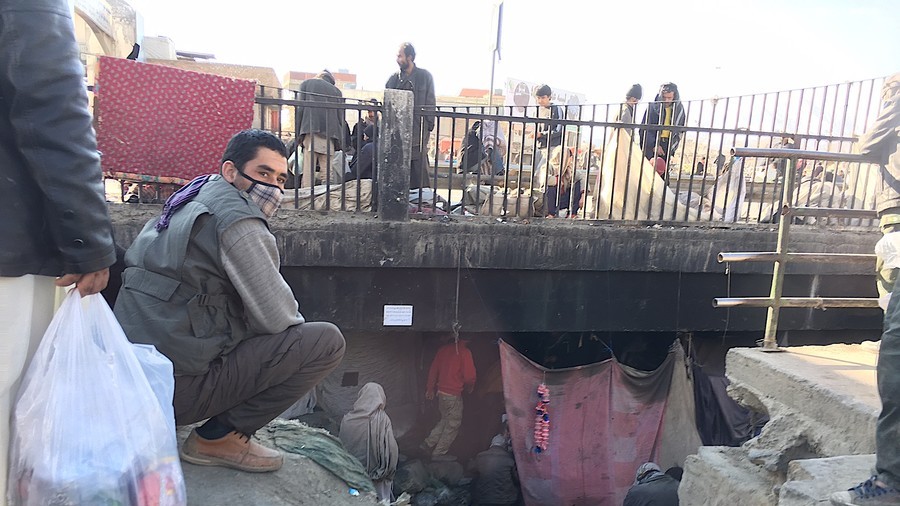 Drug users in Kabul, Afghanistan, living in the holes. 16 years after US occupation. © Andre Vltchek
The West likes to think of itself as a truly “peace-loving part of the world”. But is it? You hear it everywhere, from Europe to North America, then to Australia, and back to Europe: “Peace, peace, peace!”

It has become a cliché, a catchphrase, a recipe to get funding and sympathy and support. You say peace and you really cannot go wrong. It means that you are a compassionate and reasonable human being.

Every year, there are “peace conferences” taking place everywhere where peace is worshipped, and even demanded. I recently attended one, as a keynote speaker, on the west coast of Denmark.

If a heavy-duty war correspondent like myself attends them, he or she gets shocked. What is usually discussed are superficial, feel-good topics.

At best, ‘how bad capitalism is’, and how ‘everything is about oil’. Nothing about the genocidal culture of the West. Nothing about continuous, centuries-long plunders and benefits that virtually all Westerners have been getting from it.

At worst, it is all about how bad the world is – “all people are the same” cliché. And, also, there are increasingly, bizarre, uninformed outbursts against China and Russia which are often labeled by Western neo-cons as “threat” and “rival powers”.

Participants of these gatherings agree “Peace is Good”, and “War is Bad”. This is followed by standing ovations and patting each other on the back. Few heartfelt tears are dropped.

However, reasons behind these displays are rarely questioned. After all, who would be asking for war? Who’d crave for violence, terrible injuries and death? Who’d want to see leveled, charred cities and abandoned, crying infants? It all appears to be very simple, and very logical.

But then, why do we not hear too often that “peace speech” pouring from the devastated and still de facto colonized African or the Middle Eastern countries? Aren’t they suffering the most? Shouldn’t they be dreaming about the peace? Or are all of us, perhaps, missing the main point?

My friend, a great Indian writer and thinker, Arundhati Roy wrote, in 2001, reacting to the Western “War on Terror”: “When he announced the air strikes, President George Bush said, „We’re a peaceful nation.” America’s favourite ambassador, Tony Blair, (who also holds the portfolio of Prime Minister of the UK), echoed him: „We’re a peaceful people.” So now we know. Pigs are horses. Girls are boys. War is Peace.”

When it comes from the lips of the Westerners, is ‘peace’ really peace, is ‘war’ really a war?

Are people in that ‘free and democratic West’, still allowed to ask such questions? Or is the war and peace perception just a part of the dogma that is not allowed to be questioned and is ‘protected’ by both the Western culture and its laws?

Such questions would sound almost ‘violent’ and therefore ‘illegal’, if asked in the West. Someone could end up in Guantanamo for this, or in a ‘secret CIA prison’. A few weeks ago, I directly addressed young people – leaders of the left-wing East African opposition – at the Venezuelan Embassy in Nairobi, Kenya. Yes, they were boiling, they were outraged, determined and ready. 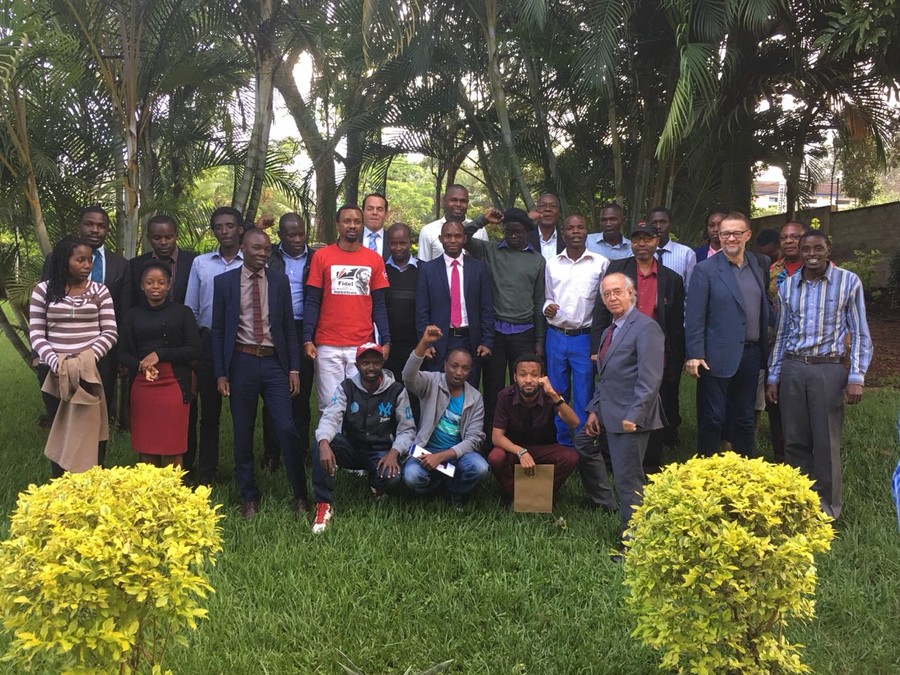 For those who are not too familiar with the continent, Kenya has been, for years and decades, an outpost of the British, US and even Israeli imperialism in East Africa. It was playing the same role that West Germany used to play during the Cold War – a window shopping paradise, stuffed with luxury goods and services. In the past, Kenya was supposed to dwarf the socialist experiment of Tanzania under the leadership of Nyerere.

Today, some 60 percent of Kenyans live in slums; some of the toughest in Africa. Some of these ‘settlements’, like Mathare and Kibera are housing at least one million people, in the most despicable, terrible conditions. Four years ago, when I was making my documentary film, in these slums, for South American network TeleSUR, I wrote:

“…Officially, there is peace in Kenya. For decades, Kenya functioned as a client state of the West, implementing a savage market regime, hosting foreign military bases. Billions of dollars were made here. But almost nowhere on earth is the misery more brutal than here. 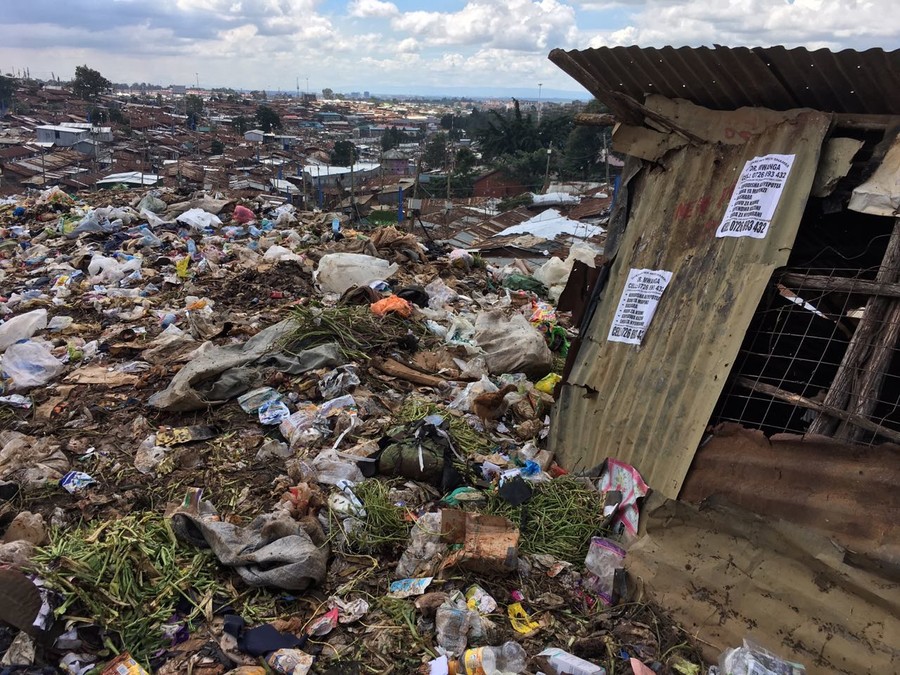 Kibera Slum in Nairobi with over 1 million inhabitants. © Andre Vltchek

Two years earlier, while filming my “Tumaini” near Kisumu city and the Uganda border, I saw entire hamlets standing empty like ghosts. The people had vanished, died – from AIDS and hunger. But it was still called peace.

Peace it was when the US military medics were operating under the open sky, on desperately poor and sick Haitians, in the notorious slum of Cité Soleil. I saw and photographed a woman, laid on a makeshift table, having her tumor removed using only local anesthetics. I asked the North American doctors, why is it like this? I knew there was a top-notch military facility two minutes away.

“This is as close as we get to real combat situation”, one doctor replied, frankly. “For us, this is great training.”

After the surgery was over, the woman got up, and supported by her frightened husband, walked away towards the bus stop.”

Yes, all this is, officially, peace. 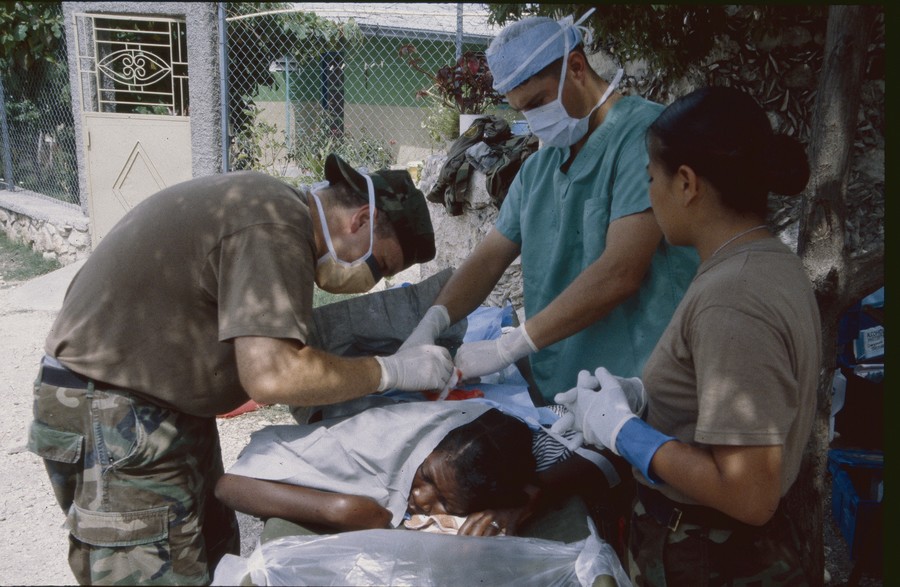 During my work, in almost all devastated corners of the world, I saw much worse things than what I described above. Perhaps I saw too much – all that ‘peace’ which has been tearing limbs from the victims, all those burning huts and howling women, or children dying from diseases and hunger before they reach their teens.

When you do what I do, you become like a doctor: you can only stand all those horrors and suffering, because you are here to help, to expose reality, and to shame the world. You have no right to decompose, to collapse, to fall and to cry. 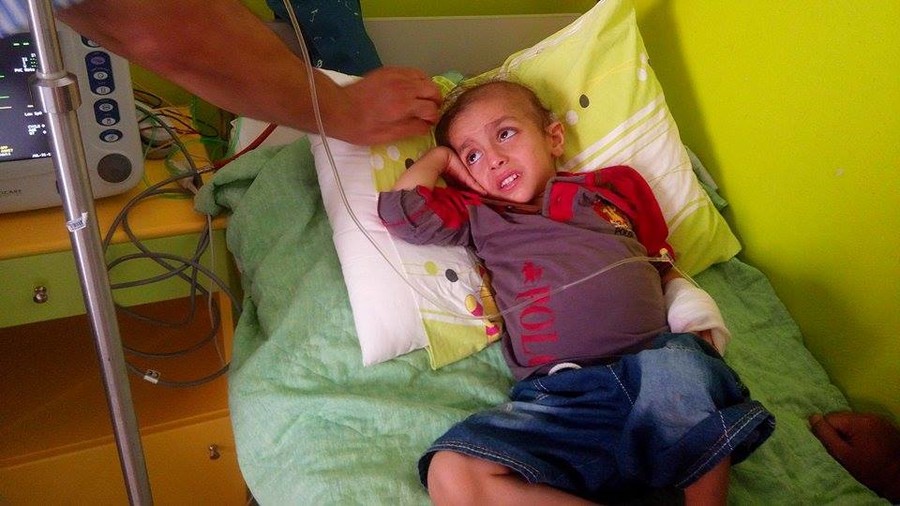 But what you cannot stand is hypocrisy. Hypocrisy is ‘bulletproof’. It cannot be illuminated by correct arguments, by logic and by examples. Hypocrisy in the West is often ignorant, but mostly it is just self-serving.

The price for such peace? How many African, Latin American or Asian people die as a result of such arrangement of the world, is thoroughly irrelevant.

Peace is when the business interests of the West are not endangered, even if tens of millions of non-white human beings would vanish in the process.

Peace is when the West can, unopposed, control the world, politically, economically, ideologically and ‘culturally’. 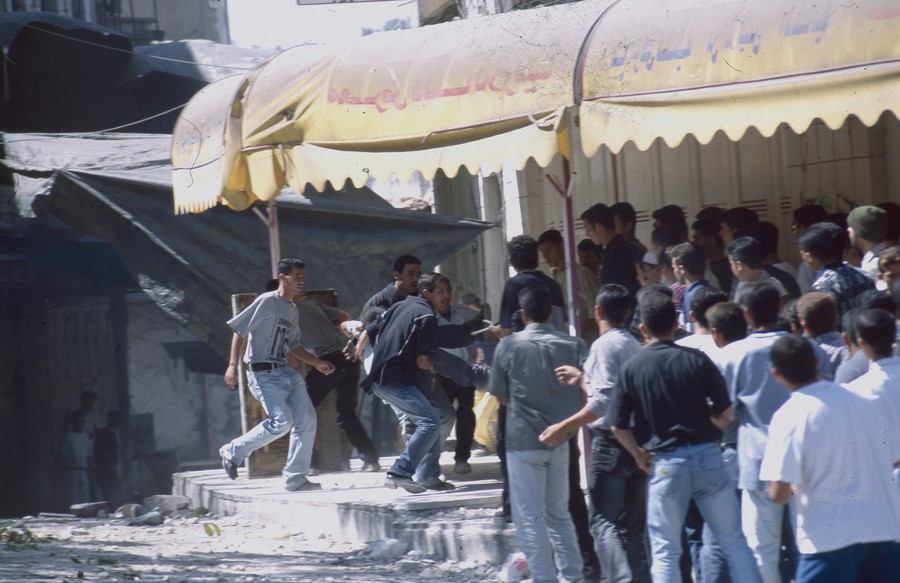 When such a scenario takes place the West’s immediate reaction ‘to restore peace’ is to overthrow the government in the country which is trying to take care of its people. To bomb schools and hospitals, to destroy supply of fresh water and electricity and to throw millions into total misery and agony.

As the West may soon do to North Korea (DPRK), to Cuba, Venezuela, Iran – some of the countries that are being, for now, ‘only’ tormented by sanctions and, foreign -sponsored, deadly “opposition”. In the Western lexicon, “peace” is synonymous to “submission”. To a total, unconditional submission. Anything else is war or could potentially lead to war.

For the oppressed, devastated countries, including those in Africa, to call for resistance, would be, at least in the Western lexicon, synonymous with the “call for violence”, therefore illegal. As ‘illegal’ as the calls were for resistance in the countries occupied by German Nazi forces during the WWII. It would be, therefore, logical to call the Western approach and state of mind, “fundamentalist”, and thoroughly aggressive.

Dedicated to my friend, a philosopher, John Cobb, Jr.