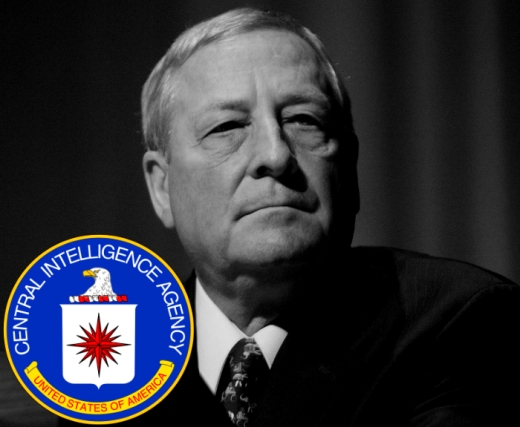 The extent of Israeli spying directed against the United States is a huge story that is only rarely addressed in the mainstream media. The Jewish state regularly tops the list for ostensibly friendly countries that aggressively conduct espionage against the U.S. and Jewish American Jonathan Pollard, who was imprisoned in 1987 for spying for Israel, is now regarded as the most damaging spy in the history of the United States.

Last week I wrote about how Israeli spies operating more-or-less freely in the U.S. are rarely interfered with, much less arrested and prosecuted, because there is an unwillingness on the part of upper echelons of government to do so. I cited the case of Arnon Milchan, a billionaire Hollywood movie producer who had a secret life that included stealing restricted technology in the United States to enable development of Israel’s nuclear weapons program, something that was very much against U.S. interests. Milchan was involved in a number of other thefts as well as arms sales on behalf of the Jewish state, so much so that his work as a movie producer was actually reported to be less lucrative than his work as a spy and black-market arms merchant, for which he operated on a commission basis.

That Milchan has never been arrested by the United States government or even questioned about his illegal activity, which was well known to the authorities, is just one more manifestation of the effectiveness of Jewish power in Washington, but a far more compelling case involving possible espionage with major political manifestations has just re-surfaced. I am referring to Jeffrey Epstein, the billionaire Wall Street “financier” who has been arrested and charged with operating a “vast” network of underage girls for sex, operating out of his mansions in New York City and Florida as well as his private island in the Caribbean, referred to by visitors as “Orgy Island.” Among other high-value associates, it is claimed that Epstein was particularly close to Bill Clinton, who flew dozens of times on Epstein’s private 727.

Epstein was arrested on July 8th after indictment by a federal grand jury in New York. It was more than a decade after Alexander Acosta, the top federal prosecutor in Miami, who is now President Trump’s secretary of labor, accepted a plea bargain involving similar allegations regarding pedophilia that was not shared with the accusers prior to being finalized in court. There were reportedly hundreds of victims, some 35 of whom were identified, but Acosta deliberately denied the two actual plaintiffs their day in court to testify before sentencing.

Acosta’s intervention meant that Epstein avoided both a public trial and a possible federal prison sentence, instead serving only 13 months of an 18-month sentence in the almost-no-security Palm Beach County Jail on charges of soliciting prostitution in Florida. While in custody, he was permitted to leave jail for sixteen hours six days a week to work in his office.

Epstein’s crimes were carried out in his $56 million Manhattan mansion and in his oceanside villa in Palm Beach Florida. Both residences were equipped with hidden cameras and microphones in the bedrooms, which Epstein reportedly used to record sexual encounters between his high-profile guests and his underage girls, many of whom came from poor backgrounds, who were recruited by procurers to engage in what was euphemistically described as “massages” for money. Epstein apparently hardly made any effort to conceal what he was up to: his airplane was called the “Lolita Express.”

The Democrats are calling for an investigation of the Epstein affair, as well as the resignation of Acosta, but they might well wind up regretting their demands. Trump, the real target of the Acosta fury, apparently did not know about the details of the plea bargain that ended the Epstein court case. Bill and Hillary Clinton were, however, very close associates of Epstein. Bill, who flew on the “Lolita Express” at least 26 times, could plausibly be implicated in the pedophilia given his track record and relative lack of conventional morals. On many of the trips, Bill refused Secret Service escorts, who would have been witnesses of any misbehavior. On one lengthy trip to Africa in 2002, Bill and Jeffrey were accompanied by accused pedophile actor Kevin Spacey and a number of young girls, scantily clad “employees” identified only as “massage.” Epstein was also a major contributor to the Clinton Foundation and was present at the wedding of Chelsea Clinton in 2010.

With an election year coming up, the Democrats would hardly want the public to be reminded of Bill’s exploits, but one has to wonder where and how deep the investigation might go. There is also a possible Donald Trump angle. Though Donald may not have been a frequent flyer on the “Lolita Express,” he certainly moved in the same circles as the Clintons and Epstein in New York and Palm Beach, plus he is by his own words roughly as amoral as Bill Clinton. In June 2016, one Katie Johnson filed lawsuit in New York claiming she had been repeatedly raped by Trump at an Epstein gathering in 1993 when she was 13 years old. In a 2002 New York Magazineinterview Trump said “I’ve known Jeff for fifteen years. Terrific guy… he’s a lot of fun to be with. It is even said that he likes beautiful women as much as I do, and many of them are on the younger side. No doubt about it – Jeffrey enjoys his social life.”

Selective inquiries into wrongdoing to include intense finger pointing are the name of the game in Washington, and the affaire Epstein also has all the hallmarks of a major espionage case, possibly tied to Israel. Unless Epstein is an extremely sick pedophile who enjoys watching films of other men screwing twelve-year-old girls the whole filming procedure smacks of a sophisticated intelligence service compiling material to blackmail prominent politicians and other public figures. Those blackmailed would undoubtedly in most cases cooperate with the foreign government involved to avoid a major scandal. It is called recruiting “agents of influence.” That is how intelligence agencies work and it is what they do.

That Epstein was perceived as being intelligence-linked was made clear in Acosta’s comments when being cleared by the Trump transition team. He was asked “Is the Epstein case going to cause a problem [for confirmation hearings]?” … “Acosta had explained, breezily, apparently, that back in the day he’d had just one meeting on the Epstein case. He’d cut the non-prosecution deal with one of Epstein’s attorneys because he had ‘been told’ to back off, that Epstein was above his pay grade. ‘I was told Epstein belonged to intelligence and to leave it alone.’”

Questions about Epstein’s wealth also suggest a connection with a secretive government agency with deep pockets. The New York Times reports that “Exactly what his money management operation did was cloaked in secrecy, as were most of the names of whomever he did it for. He claimed to work for a number of billionaires, but the only known major client was Leslie Wexner, the billionaire founder of several retail chains, including The Limited.”

But whose intelligence service? CIA and the Russian FSB services are obvious candidates, but they would have no particular motive to acquire an agent like Epstein. That leaves Israel, which would have been eager to have a stable of high-level agents of influence in Europe and the United States. Epstein’s contact with the Israeli intelligence service may have plausibly come through his associations with Ghislaine Maxwell, who allegedly served as his key procurer of young girls. Ghislaine is the daughter of Robert Maxwell, who died or possibly was assassinated in mysterious circumstances in 1991. Maxwell was an Anglo-Jewish businessman, very cosmopolitan in profile, like Epstein, a multi-millionaire who was very controversial with what were regarded as ongoing ties to Mossad. After his death, he was given a state funeral by Israel in which six serving and former heads of Israeli intelligence listened while Prime Minister Yitzhak Shamir eulogized: “He has done more for Israel than can today be said”

Trump (left) with Robert Maxwell (right) at an event

Mossad would have exploited Epstein’s contacts, arranging their cooperation by having Epstein wining and dining them while flying them off to exotic locations, providing them with women and entertainment. If they refused to cooperate, it would be time for blackmail, photos and videos of the sex with underage women.

It will be very interesting to see just how far and how deep the investigation into Epstein and his activities goes. One can expect that efforts will be made to protect top politicians like Clinton and Trump and to avoid any examination of a possible Israeli role. That is the normal practice, witness the 9/11 Report and the Mueller investigation, both of which eschewed any inquiry into what Israel might have been up to. But this time, if it was indeed an Israeli operation, it might prove difficult to cover up the story since the pedophile aspect of it has unleashed considerable public anger from all across the political spectrum. Senator Chuck Schumer, self-described as Israel’s “protector” in the Senate, is loudly calling for the resignation of Acosta. He just might change his tune if it turns out that Israel is a major part of the story.